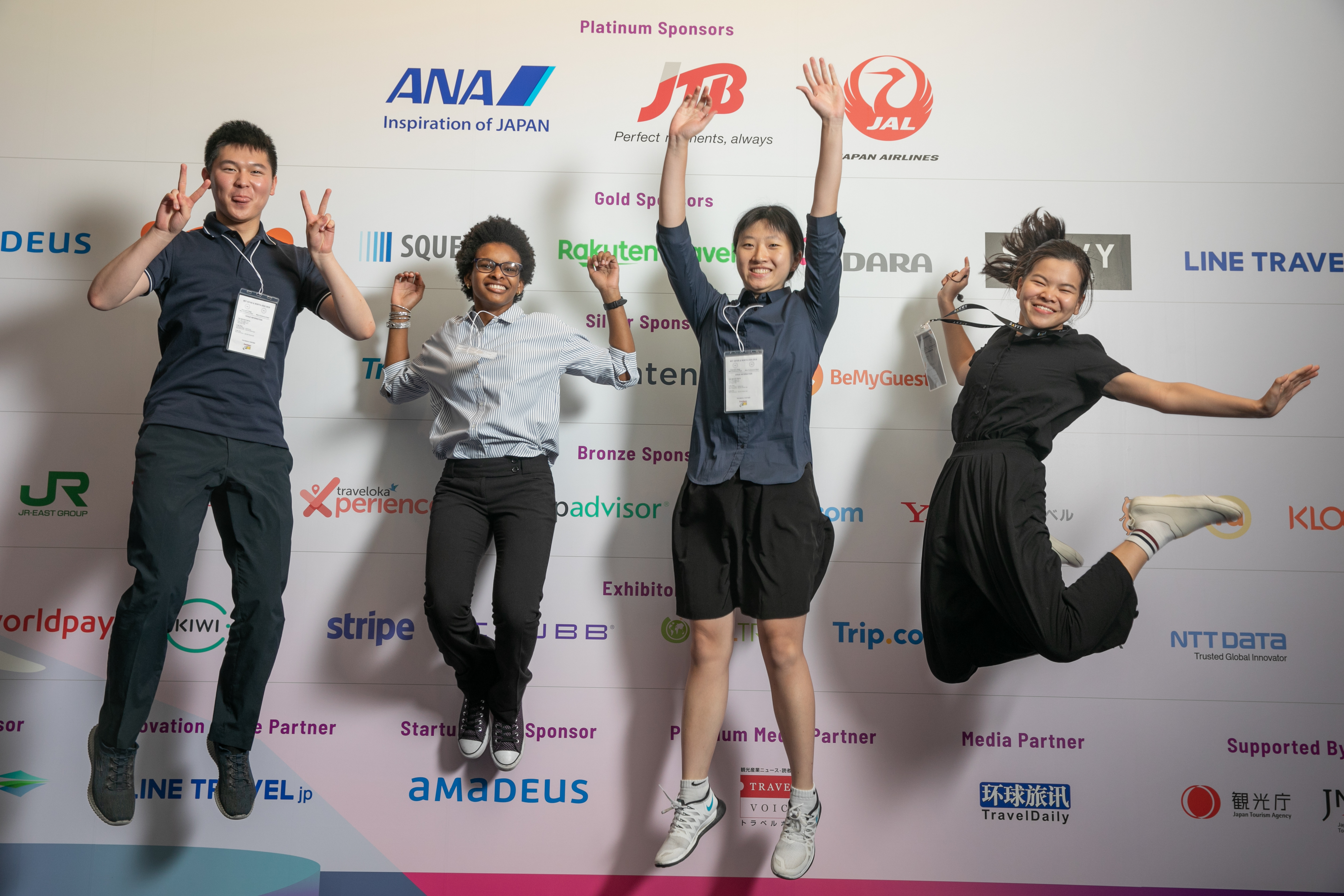 My name is Kiara, I just finished my sophomore year at Stanford University, and I’m one of Venture Republic’s four international interns for the summer. While summer internships themselves are fairly common, interning in Japan for a company like Venture Republic is a rare opportunity. We’re still only about halfway through our internships, so there’s a lot more to come, but I sat down with my fellow interns to discuss what exactly it’s like to intern at Venture Republic, especially as someone who isn’t from Japan.

The interns this year (besides me) are:
Ken Hong, a rising sophomore at Stanford University,
Christina Liao, a rising master’s student at MIT, and
Huey Ning Lok, a rising senior at Minerva Schools @ KGI. 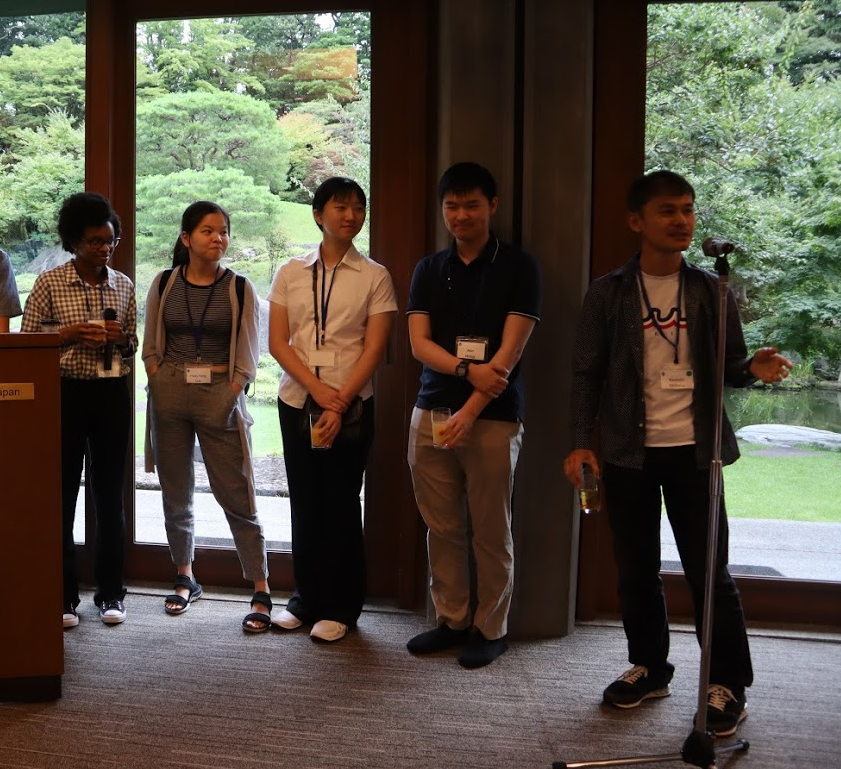 Kiara: So, there is some overlap with events and whatnot, but we do slightly different jobs, since I’m working with the administrative team and you three work with the systems team. What have you guys worked on?

Ning: The company is currently going through major tech transitions and upheavals, so it’s pretty interesting to be caught in the middle of it. The tasks so far have been a distribution of coding, research, and getting involved at major conferences.

Ken: One thing that I love about the internship experience is that we get to witness cross-cultural exchanges in real-time as we collaborate with our Japanese coworkers on exciting tasks, such as helping out with the Web in Travel conference or planning party games for the semi-annual kickoff.

Christina: As far as technical work goes, each of us has different responsibilities — but they’re mostly about modernizing the company’s codebase or investigating new technologies.

Kiara: And what is it like working for VR?

Christina: People here are pretty friendly despite the language barrier. Even the people who don’t know much English are open to talking to us.

Ning: The tech team is quite diverse, so we communicate in English, and programming languages are universally understood anyway. I’ve also really enjoyed getting to know other people in the company through group lunches and events.

Kiara: I’ve definitely enjoyed getting to know the people here as well. What about the work culture?

Ken: I feel that it’s definitely more progressive than the traditional Japanese working environment⁠ — the fact that there are usually people talking somewhere in the office makes it feel welcoming as well. As an intern, I appreciate the low-pressure, yet high-expectation working environment: while we’re not constantly monitored as to our progress, we are given tasks that are engaging and relevant to the company’s operations.

Ning: VR isn’t that hierarchical although it’s a mid-sized company. It’s like a mix between a startup and a traditional company — we get to talk to the CEO (Kei), and most people are pretty chill. And, we as interns have a pretty good work-life balance due to the flex-time benefits.

Kiara: Right, it’s kind of like there’s a lot of stuff for us to do, but it isn’t unreasonable or too much. Changing gears a little, what’s your favorite part of the internship so far?

Christina: I like that we’re not just doing random busywork, which I’ve heard is common in other companies in Japan. The WiT (Web in Travel) conference was also really educational, particularly since none of us had been exposed to the travel industry before. It was a really big conference as well — it covered a lot of different areas of the industry that I had never really thought of before.

Ken: The company also organizes lunch outings with employees and interns where we got to hear more about their experiences working with the company and what daily life is like for them. They even shared some of their favorite Tokyo food spots — and some of the latest gossip floating around the office. These lunches were definitely one of the highlights of my experience so far.

Kiara: Okay, now what about living in Tokyo? How’s the language barrier, for one?

Ken: Pretty much as long as you’re in Tokyo, you’re fine. Many signs are bilingual, and shops usually have clerks that speak a little English. On the other hand, it’s a little too easy to use English as a crutch, and I do wish sometimes that there were more chances to improve my Japanese.

Christina: It depends on where you go, but it’s usually okay. As long as you’re polite, people will try to help you out. Even though I’ve only studied Japanese for about a year, I’ve been able to get around fine, though some things like using the post office were challenging.

Kiara: Plus, there’s always Google Translate. How about your favorite part of Tokyo so far?

Ning: Convenient access to most places, great nightlife, beautiful surroundings, and, it’s cliché, but the food.

Christina: Also, the transportation system is actually on time, and even though it’s a big city you still feel safe at night. Compared to Boston, those aspects are really nice.

Ken: On top of that, people don’t litter, so the streets are very clean.

Ken: Fruit is very expensive. In America you can get a pound of apples for about a dollar but here it’s like 3 dollars for one apple.

Ning: Everything is expensive except maybe seafood, I think. And even then it depends on what seafood is in season.

Kiara: Okay, finally, what are your plans for after the internship? Back to school?

Ken: I will be going back to my hometown of Vancouver, Canada before starting my sophomore year at Stanford. Hopefully, I will have a chance to put the things I learned during this internship into practice in some of my coursework.

Christina: I’m going back to MIT in the fall and I’m very excited to be starting my master’s degree.

Ning: I’m finishing my last year in London and Taipei, then going back to San Francisco in May 2020 to graduate. After studying & working in several different countries via Minerva, I don’t really have a set physical destination in mind for pursuing a future career.

For my part, I’ll be spending a semester in Kyoto before heading back to Stanford for the rest of my junior year. I think that I speak for all the interns when I say that this internship has been a great experience so far, and we’re incredibly excited for the rest of it.

RELATED POSTS
Trip101 shows strong growth in 2021 recording 87% YoY growth in GMV and 90% in profit despite the COVID-19 pandemic ～ Fueled by the rapid growth of vacation rental & Airbnb bookings in the United States and 200 countries through its website ～Venture RepublicTuesday May 31st, 2022Wednesday June 1st, 2022 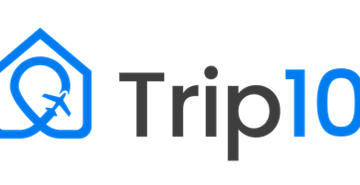 Tuesday May 31st, 2022Wednesday June 1st, 2022|BY Venture RepublicTrip101 shows strong growth in 2021 recording 87% YoY growth in GMV and 90% in profit despite the COVID-19 pandemic ～ Fueled by the rapid growth of vacation rental & Airbnb bookings in the United States and 200 countries through its website ～

We are pleased to inform you that we are moving to the following location in...

Sorry, this entry is only available in Japanese.